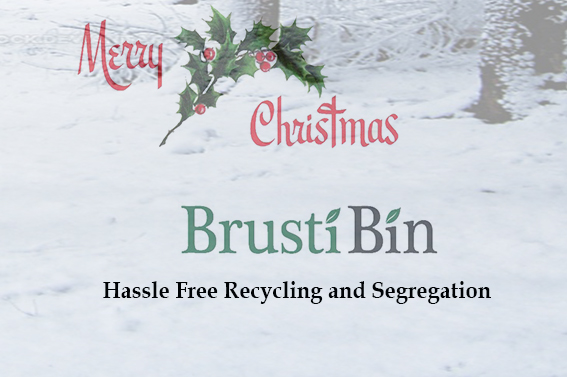 It was that time after Christmas,when all through the house.
The waste was knee high,thanks to family and spouse. First came the packaging, ripped off with great flare.
And we all hoped it’s recyclable, as we really do care.
There was plastics and boxes and cardboard galore.
And now to get rid of them was going to be quite a chore .
So we washed and we squashed and squeezed real tight.
And stood in the green bin using all of our might.
Next came the food and left over bits.
And it was a shame to discard what had been, such tasty hits.
Having spent very wisely and not over bought.
Most food had been devoured quicklyand we were not very fraught.
The bones and leftovers and their compostable kin.
Were put in green bags and placed in the brown bin.
We then looked around to see what was next .
Only to see that the black bin was going to look very bereft.
So cling film and ashes, foiled tops and soiled trappings.
Were put in the black bin with other non recyclable wrappings.
And now that we are back to reality again and can see all the time and money that was spent.
If only we had had a bin like Brusti back then and considered the different wastes as we went.
Then Christmas could have been so much nicer to our environment.

To find out what goes in what bin, check out the following websites from your local waste service providers, and remeber that no only does mixing waste types cause headaches for your bin collector but also for us all. So as Brsutibear would say….is’s a beautiful world, so let’s keep it that way!